perfection, riches, and paradise, still preach that to get there, you must first compromise your morals and accept their largely flawed, or at the minimum highly imperfect candidate.

• Does this sound like the starting point for the world they claim to be able to achieve? If you believe so much of your livelihood is dependent on who the President of the United States is, that inherently means that the Office of the President is MUCH too powerful.

• Unless you believe this is your last ever election on this earth, voting to give the duopoly candidate more power will only leave you with a worse choice 4 years down the line, this is why both parties pitch the line that “This election is too important” to: vote your conscience, express your true voice, reject both parties and stay home, or demand a better choice. So suck it up, hold your breath, vote for their candidate and your life will magically be improved.

• If enough people in any one state vote third-party that that thin Gold line on CNN/Fox/MSNBC says 2%,5%,10%, this wakes up the whole country to the possibility of an alternative and starts a narrative that the duopoly lives in constant fear of, free will and alternatives. Why can’t this be your state, and why can’t you be a part of it? Especially if your state is solidly Red or Blue anyway and your vote will have no impact on the result.

• A vote belongs to you and not another party. If these two parties do not

represent you then an L vote will register as a visible, measurable

protest against them. It says “there’s a market for these ideas.”

• Exit polls are considered the most reliable of all polling. It often shows

that a candidate will pull small amounts evenly from the other two parties, but the vast majority of votes are from independents, first-time voters, or re-activated voters that now see an option on their ballot that represents them.

• The electoral college means your vote is negligible due to gerrymandering. So really, what have you got to lose? 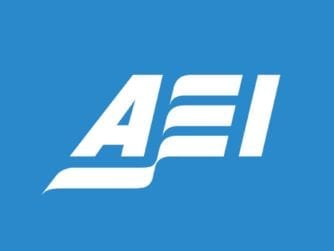 Watch: The vision of the anointed with Thomas Sowell

The American Enterprise Institute (AEI) is a conservative/libertarian think tank that advances ideas rooted in our belief in democracy... This documentary on the life of Thomas Sowell was produced by the Free To Choose Network. Started with Milton Friedman Free to Choose... 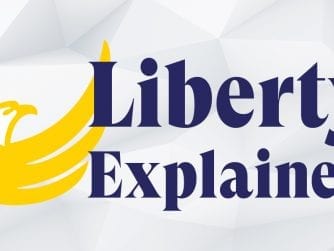 Libertarianism.org has collected many great videos of speeches from the early days of the libertarian movement. This video shows that each...

Is my vote on a third-party candidate wasted?
Manage Cookie Consent
We use cookies to optimize our website and our service.
Manage options Manage services Manage vendors Read more about these purposes
View preferences
{title} {title} {title}